It was fitting that in a milestone 15th season filled with several new records, the Buffalo, NY KanJam League came down to the closest finish in league history. Since 2005, this has been a random-draw league, where players are randomly paired up with a new partner each week, making for different matchups throughout the season. For this reason, stats and standings are all individual-based for this league. Eleven weeks, 35 players, 127 unique teams, and 1,016 total KanJam games played - even with the top two players each competing in 176 games each over the season, it still came down to one game to decide the league title. On the final week, Connor Matteson finished the night at 13-3, forcing Eric Klavoon to win his final two games to match Connor's weekly record. Sure enough, Eric won the final two games in overtime to land the first-ever tie in points overall for first place. Since both players competed in the same amount of weeks, the tiebreaker was number of wins. Eric finished the season with four more wins than Connor to win his 10th league championship. Eric is the third different league champion crowned in the last three seasons, speaking to the parity of talent in this league.

Players in this league are awarded one point for every win and points for placement. For example, if there are 10 teams on a given night, first place would be awarded with 10 placement points plus the number of wins they collected. In addition, there are "drop weeks." This marked the sixth season utilizing two drop weeks for points. This means each player's worst two weeks in points are dropped from the overall standings, allowing those that miss weeks to still be competitive. There were a total of 16 players that missed only two weeks or less. Certainly, the commitment of the players week in and out is what makes this league so much fun, competitive, and successful. Speaking of which, six players in Season 15 have been in the league since Season 1: Eric Klavoon, Dana Misenheimer, Josh Greenauer, Bob Greenauer, Tim Klavoon, and Phil Schneider. The league welcomed in new regulars Charles Rizzo, Evan Kelly, and Brad Kibler, along with other new jammers as subs: Mike Ciminella, Ajay Cybulski, Matt Weber, Mike Girling, Matt Schuh, and Brett Schmitz.

Live Stream of our Results show and announcement of Top 10

Over the course of the season, 10 players collected a first place weekly finish. Eric Klavoon collected three top finishes along the way, leading the league in overall points (tied with Connor M at 211), wins (135), winning % (.767), perfect games (52), and overtime winning % (.704). This is one of the most dominant seasons to date, coming one win shy of tying the all-time win record in a single season (11 weeks) and smashing the prior perfect game record (more on that later). With averaging 12 wins per week, Eric was one of three players to not have a losing record any week, and continues a streak now of 53 weeks in a row with an 8-8 record or better.

Connor Matteson finished the season as the runner-up, marking his second #2 finish in the last three seasons. Connor made quite the jump in the last three weeks to pass Jon Sandino, going 42-6 with 20 perfect games during that span. He tied Jon with a league-leading four top finishes during the season, and was second in the league in wins (131). Connor threw 41 perfect games on the season, passing his own prior mark of 38, so he now holds the second most all-time in a single season. 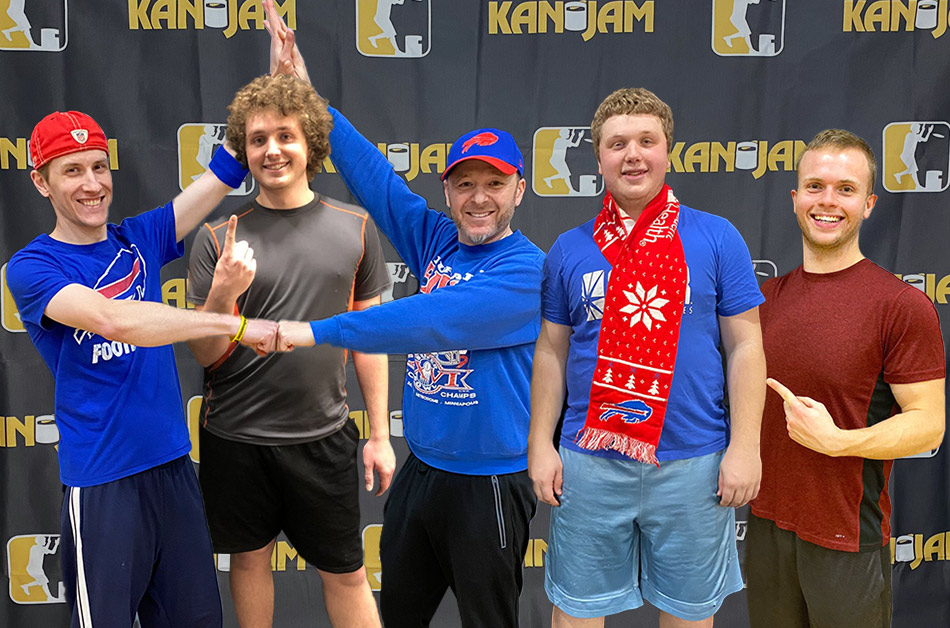 Jon Sandino took third place in yet another strong season. Like Connor, Jon posted four top finishes along the way, including three in a row at one point. For a majority of the season, Jon held the #1 spot overall, but was passed by Eric and Connor in the last few weeks. Jon put up 123 wins, 32 perfect games, and threw one Instant Win, coincidentally, against his Stallion Survivor teammate, Eric. Jon broke the record for the most overtime wins in a season with 46, beating his own prior mark of 45, and shared a tie with Austin Matteson for the most overtime games played this season with 69.

In 4th place was Austin Matteson, which is now his third time in the top five. Austin tied Jon for 4th most perfect games thrown (32), as well as number of overtime games played (69). Along the way, Austin picked up a total of 112 wins and put up two top weekly finishes.

In another tie, both Matt Nelson and Josh Greenauer ended the season with 181 points in a battle for fifth place. Since they played a different amount of weeks, the number of wins could not break the tie, so it came down to their head-to-head record against each other over the course of the season. In a very close finish, Matt finished with a record of 7-6 against Josh to land fifth place, while Josh ended the season just outside of the top five in sixth place. For Matt, who missed two weeks, he still nearly put up 100 wins, coming just one shy with 99 on the season. He also recorded three top weekly finishes, including back-to-back weeks where he posted a record of 30-2.

For Josh, who ended in 6th place, he had no losing weeks this season, threw 27 perfect games, and posted an impressive .642 overtime winning percentage. In addition, he tied for the league lead with two Instant Wins thrown, including a dramatic over-the-top shot on the final week.

There were a total of six players to crack 100 wins in Season 15, and a couple more that just missed this milestone. Here were the leaders in wins this season and how many seasons they've hit 100 or more: 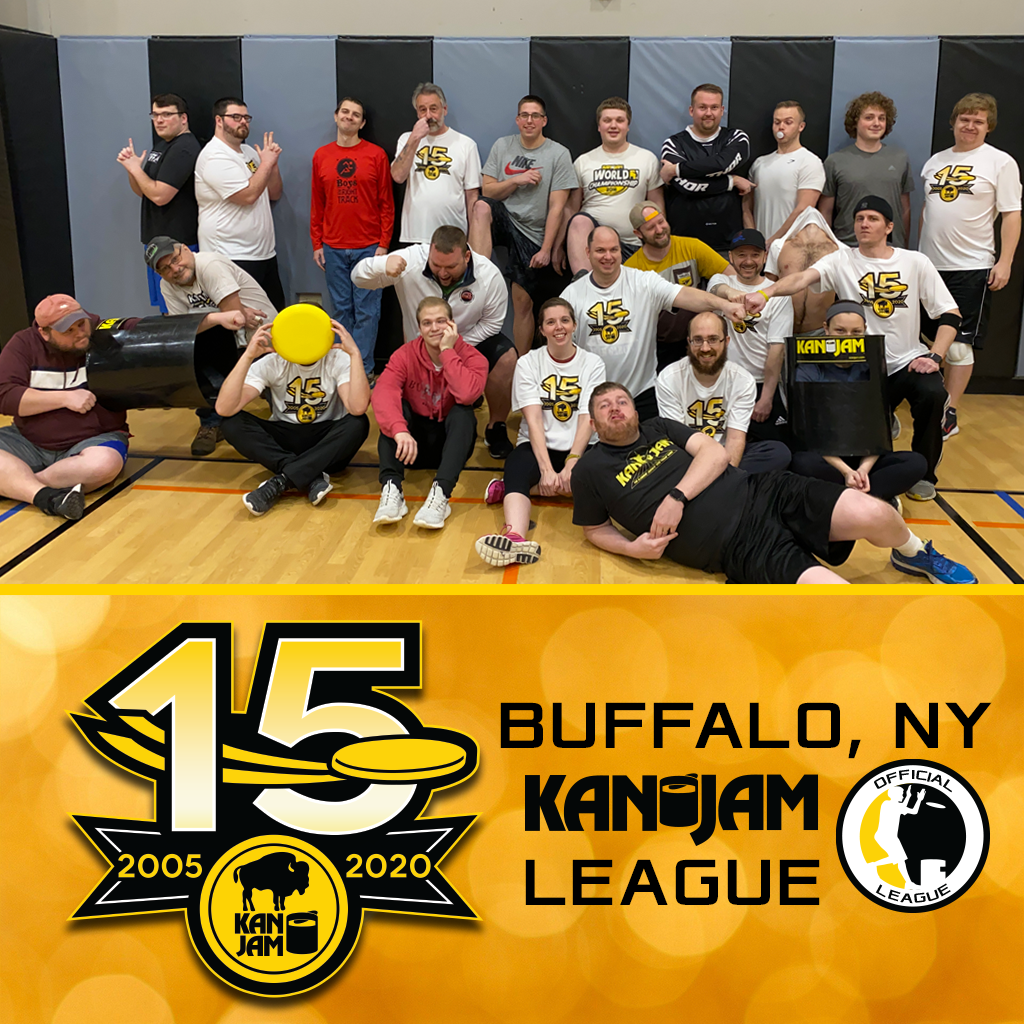 For the entire league, the last two seasons saw a total of 151 and then 152 total perfect games thrown. This season, a total of 215 perfect games were thrown, destroying the prior mark. And of the 30 regular players, all 30 of them threw at least one perfect game on the season, with 10 of those 30 throwing at least 20 or more. 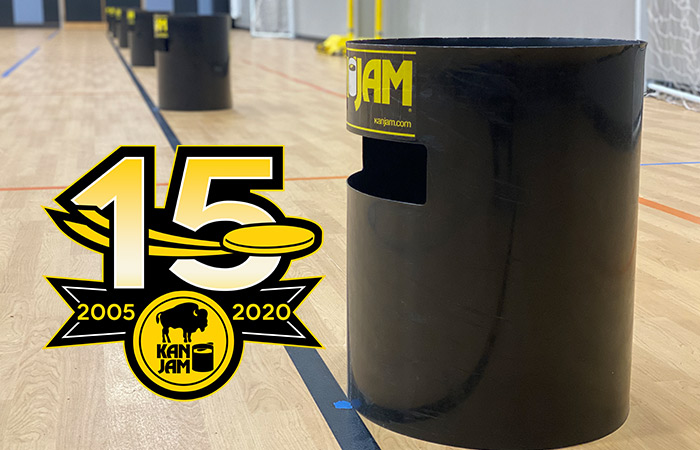 While the perfect games went way up, the number of Instant Wins thrown went down. However, while there were only a total of 14 Instant Wins thrown on the season, many of them came in clutch situations when they were needed. Josh Greenauer and Jacob Fairbanks each threw two, while 10 others each threw one: Jon Sandino, Matt Lafferty, Bob Greenauer, Alex Reinecke, Kim Miller, Dana Misenheimer (19th of career, leads all-time), Adam Williams, Chad Cowell, Evan Kelly, and Mike Girling.

It's time for some overtime! Jon Sandino and Austin Matteson led the league with 69 overtime games played, followed by Dana Misenheimer (67) and Connor Matteson (64). Prior to this season, in regards to overtime wins, the record was 45. This season, this was another record that was broken, as Jon Sandino hit 46 overtime wins, breaking his own prior mark. Next best on the season was Austin Matteson with 42 overtime wins, and Connor Matteson with 40. In terms of actual overtime winning percentage, the leader was Eric Klavoon, with a clip of .704 in overtime games (38-16). The most overtime games played in a week this season was 10, and this was done three times by these pairings: Evan Sardo & Matt Nelson (Week 6), Alex Reinecke & Charles Rizzo (Week 6), and Jon Sandino & Alex Reinecke (Week 10). The best performances in overtime were:

The longest game is now a whopping 11 overtime rounds, which is almost the equivalent of four regulation games. This game was won by Evan Sardo and Matt Nelson. It should be noted that while the 10 overtime round game was one round shy of the record, the first nine rounds of this game were all perfect buckets by both teams, making it one of the best played games of all-time. This game was won by Austin Matteson and Josh Greenauer.

Over the course of the season, there were two tiebreaker games needed to determine first place. On Week 5, and it was between Eric Klavoon & Jon Sandino and Josh Greenauer & Matt Lafferty. Both teams finished at 13-3 and split their series in head-to-head play to set up a tiebreaker game. In fitting fashion, the tiebreaker went perfect to 21 and into overtime where Eric & Jon ultimately won. On Week 8, Bob Greenauer & Austin Matteson tied in record with Matt Lafferty & Jon Sandino at 14-2, also splitting their series. Bob & Austin won the tiebreaker game to take first place that week. There were also five other weeks where the top two teams tied in record, but head-to-head play decided the ties in those cases. Week 7 also saw a crazy five-way tie in record for 6th place, though head-to-head record broke the tie in most cases except for one tiebreaker game between the middle teams.

For the second straight season, there were no undefeated weeks, but there were a few 15-1 records posted. Here were the top weekly performances of the season:

Here are the totals by season, with this season (15) highlighted:

There were an average of about 11+ teams (22 total players) each league night. In addition, with this league compiled of many major tournament players, there were a few instances of current and past major tournament teams that got randomly paired up in Season 15:

No new players joined the 1,000 win club for their league career, though Jon Sandino came close, coming up just eight wins shy of this milestone. For sure, he will join this club next season. Here are some milestones in reach for next season:

Also, in order to be eligible for the all-time overall standings, a player needs to participate in at least 60 weeks of league. Currently, there are 15 players on the all-time list. However, there are a few players that can join next season:

Something new that was introduced this season was the weekly KanJam Challenge. This essentially was unique KanJam mini games that were done after league games each night. The winners of each challenge were tallied and a prize was drawn randomly from that group at the season-end party. Here were the games done each week and the winners:

Here is an example of Ultimate KanJam, one of the best KanJam Challenges this season.

Just a recap of all the records either tied or broken in Season 15:

What an incredible season! A huge thank you goes out to all players for making it a record-breaking and memorable one in the 15th season. Without the commitment and dedication of the players week in and week out, this league would not be possible. This was the second season with the Top 5 personalized trophy discs, and first season with a bonus week Season-end party and awards week, which included prizes and a fun, random-draw tournament. This was also the 9th season for the Buffalo, NY KanJam League at The Apex, which provides the perfect venue to host the longest-running KanJam league. The next season will begin in the fall of 2020!