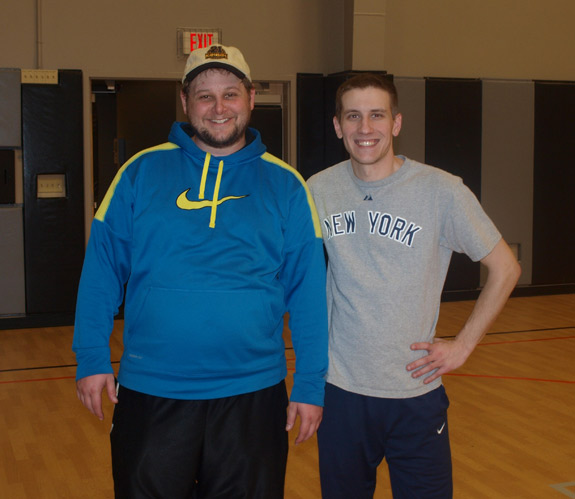 For just the second time in eight seasons of the league, Josh Greenauer and Eric Klavoon were paired up, dominating the field with a 15-1 record in Week 6. They also led the league with four perfect games this week. This is the fourth time Eric has finished first place this season and second time for Josh. In second place was Matt Nelson & Phil Schneider, going 13-3 on the night. And in third place was Scott Silverman & TJ Burns, ending the week with a 11-5 record.

Three Instant Wins were thrown, which ties for the most in one week this season (Week 3). Kim Daugherty threw her first of the season on the first shot of a game. Also, Shane Nelson and Brian Schultz, who were also partners this week, each shot an Instant Win. For both Shane and Brian, it was their third Instant Win of the season, which leads the league.

There was one tie with two teams locked at 7-9 (Brian Ellis & Sarah Burns & Shane Nelson & Brian Schultz). After competing in a tiebreaker game, Brian & Sarah won to take 7th place.

In the overall standings, Eric Klavoon (133) extends his lead to 12 points over Matt Nelson (121). Josh Greenauer (119) closes in on Matt, trailing him for second place by just two points. Brian Ellis stays strong in fourth place with 105 points and Jon Sandino jumps into the top five in fifth place with 102 points.