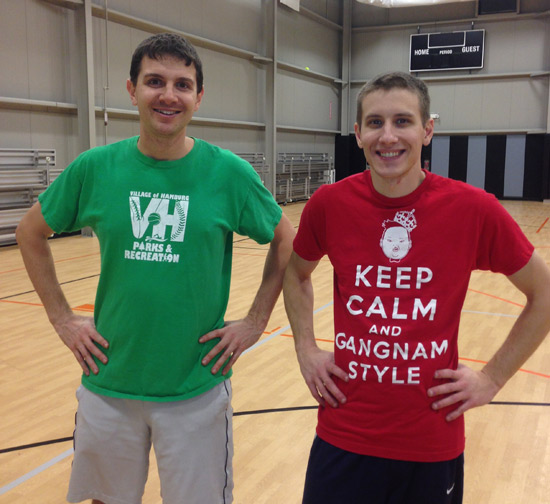 Last season, Shane Nelson and Jon Sandino broke a league record when they tossed six perfect games in Week 2. Prior to that, there were only a handful of teams that shot five perfect games in a single week. In Week 4 this season, Scott Silverman and Eric Klavoon broke that record again, shooting a total of seven perfect games, raising the bar yet again. They also finished in first place with a record of 13-3.

Josh Greenauer & Matt Nelson were close behind in second place at 12-4. And in a guest appearance by Dan Klavoon, the father-son pairing of Tim & Dan went 10-6 to finish the night in third place.

Josh & Matt led the field with an impressive 7-1 record in overtime, having exactly half of their games extend into overtime. One other team also played in eight overtime games, and that was TJ Burns & Bob Greenauer. Scott & Eric had two of their games go into five overtime rounds, which included a game against Tim & Dan (loss) and another against Josh & Matt (win).

Matt Nelson takes sole possession of first place in the overall standings, holding a three point lead over Tim Klavoon (74). Josh Greenauer is nine points off the lead in third place (68) and Eric Klavoon jumps up into fourth (64). Bob Greenauer is in fifth place at 58 points.